When it comes to family support, Kevin McCoy has got it. And he’s known he had it from day one. When he was on probation (which is a firefighter’s status during training), he was called to his first structure fire one morning. But it wasn’t just any morning—it was a week after his second son was born. As that call was wrapping up, a second call came through later in the day. He was gone for eight hours. “I’ll always remember how accepting my wife was to that,” says Kevin. “…that I was gone that long. I knew from there she could handle it; she’d be okay with it.”

His family support stretches long before his time on the Glen Ellyn Volunteer Fire Company, though. “My whole life I’ve been exposed to firefighting,” says Kevin. In Wisconsin, where he grew up, the fire companies were also volunteer-based. His grandfather was an assistant chief. His dad was a captain. Two uncles are firefighters. As he was growing up, he’d go with his father every Saturday to the firehouse to do work around the station—change batteries, wash fire engines, take trucks out to fill the gas, and make sure things were prepared. So when he graduated college, he got training and became a volunteer there as well. Before he moved from Wisconsin, there was a time when he served in the volunteer fire company with his father, two uncles, and his two brothers.

He moved various places for his career—he’s currently a regional director of operations for a contractor that provides food, patient transport, housekeeping, and other services to hospitals. Everywhere he lived, he looked for volunteer-based companies but only found full time fire departments. His firefighting days were on hold.

Then he moved within the district nine years ago and started his family—currently, his sons are 8 and 5 years old. Three years later, when his son was a toddler, they took him to the Glen Ellyn 4th of July parade. His wife noticed it first—Glen Ellyn has a volunteer fire company! “She knew how much I missed it,” says Kevin. “It is in the family blood. Every time we go back to Wisconsin, my family and I would talk about it. She gets it also—she’s a nurse, her mom was an EMT, and her dad was a volunteer firefighter in New York.”

Kevin looked up the boundaries of his home and realized he lives within the requisite 1-mile radius of the service area. He signed up, completed training, and has been volunteering ever since. “I continue to love the training part of it,” says Kevin. “I love the hands-on physical aspect of it. There is nothing else like it. I played sports growing up, and it’s the closest thing to being on a team—the physical hard work, the camaraderie with other members.”

“The most rewarding part is when we respond to a call and feel the appreciation the citizens have for what we do. Even if for us it’s a minor thing, to them it means the world—just the fact that we show up to help them when they need us.” ~ Kevin McCoy 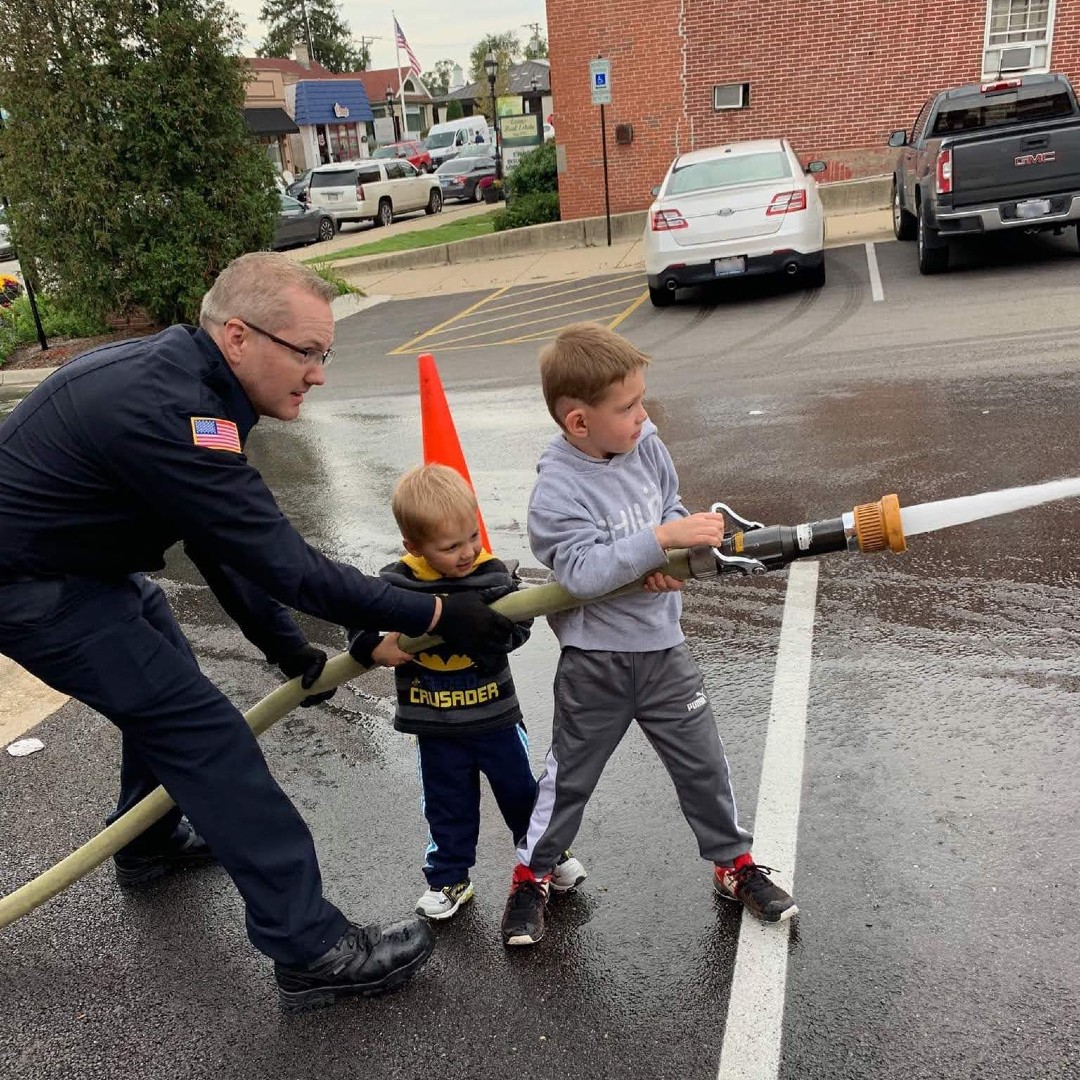 Kevin balances his work and family life with volunteering by prioritizing. “Family is priority number one,” he says. He doesn’t sacrifice his job, and he’s even able to coach his son’s baseball teams. It also helps that drills and trainings can be scheduled. “I adjust things around it, and make myself available for calls as much as I can. It can be hectic, but at the end of the day, I love doing it. I make time, figure it out, and make sure I’m successful at it.”

After 6 years, the support from his wife continues. “My wife embraces it. She probably doesn’t love the pager going off at 3AM when she has to work the next day, but she understands the need for it,” says Kevin. “As a nurse, she understands helping people in times of need and taking care of the community.”

And continuing the tradition from his own childhood, he gets to share the experience with his sons. “My boys love being able to come to the firehouse and do all the things I did when I was a kid,” says Kevin. “In fact, they don’t know what I do for my full time job—they just tell everyone their dad is a firefighter. They love it.”

“For me it’s more of a ‘why not do it’? It’s fun, exciting, and you get camaraderie with other members. And you get to help people. There’s no downside to it.” ~ Kevin McCoy 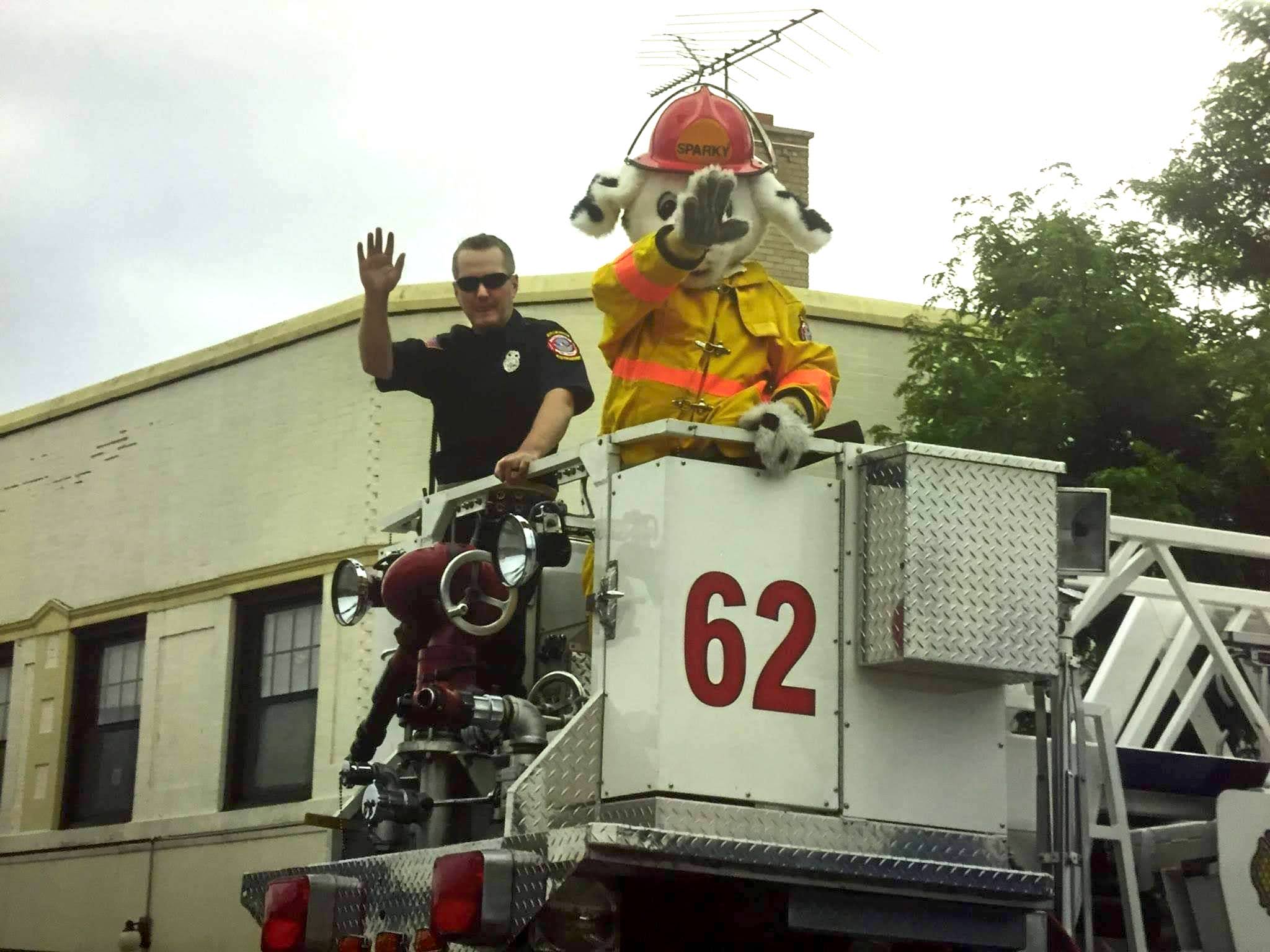